Until I met her

An intimate look into the life of a bisexual Mexican woman. 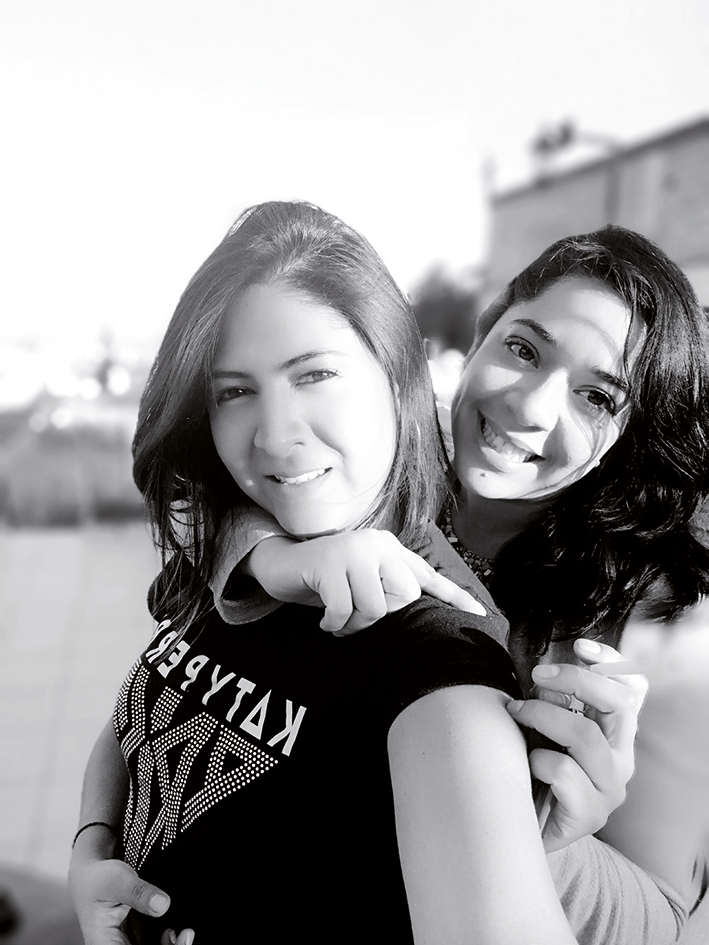 Panthera: Who are you?
Sandra: I’m Sandra Jaime (Sandulicious). 33 years. Student of Organizational Psychology. I work in the health sector of my country. I love music and dancing to all kinds of  rhythms. I really like swimming and going out with friends to museums, parks or strolling around in the city. I love discovering new places and meeting new people. That’s me!

Are you outed?
I left the closet when I was 24 years old.  Although I had already had some sexual experiences with girls, for me it was just a game. Until I met her. After 3 months of being girlfriends we started living together and I had to tell my family (dad, mom and sister). All of them accepted me and told me that they loved me. It was emotional and it still makes me cry. I  also told my closest friends and their response was very loving and supportive. After that, the others didn‘t matter to me.

For me it was just a game. Until I met her.

How is your daily life as a bisexual woman in  Mexico City?
My life is completely normal, maybe because my appearance is feminine. Maybe it’s difficult to meet girls because my “magnet“ usually  attracts more men than women. And when I go out with a girl holding hands, I prefer to do it somewhere in the city where LGBTIQ is accepted. I wouldn’t dare to walk hand in hand with a girl in my hometown, because people there are closed-minded and I might expose myself to some homophobic act.

Have you ever experienced homophobic hostility?
I’ve experienced homophobia twice. The first, and the most painful, was from my grandmother. She said that “lesbian women disgusted her.“ Years later, I revealed my situation to her and she told me she regretted what she’d said, that she loved me and respected my decision about who I wanted to be with. The second time was from my brother-in-law who, after drinking a lot, hit my sister, and when I defended her, he began to shout that I was a „lesbian.“ He said it in such a way that it seemed like an offense. After a few months he apologized.

Do you feel that your sexual orientation places limits on your life in Mexico City?
My life is relatively free. I prefer not to talk about my sexual preferences at work, not because I’m afraid of getting fired, but because of social criticism in such a small place. I worry my coworkers are not open-minded enough to accept a bisexual person.

How is the LGBTIQ community in Mexico City?
Lately, there have been many discussions about the LGBTIQ community in the city: disease prevention, gender acceptance and sexual preferences, etc. Unfortunately, many people still think that being LGBTIQ is “nasty“ or that it is a “sin“. They believe that kissing in public is exclusively for heterosexual people. A com-mon response is “There are places to do that.“ So it is not easy to walk the streets hand in hand and kiss someone of the same sex.

What do you want for the LGBTIQ community in your country?
Freedom, no more prejudice.